SEQUELS AREN’T ALIEN TO US

I remember the day when I made the connection that something being “2.0” meant that it is the next, improved version of a product or is a better overall rendition of the original – in other words, it is a sequel. Granted, saying “Computer 2.0” does sound more technical, even better than saying “Computer Sequel.” Still, the 2.0 concept has not caught on with movies – there is no Star Wars 2.0 or Terminator 2.0. However, if any movie would have “fit” the 2.0 concept I would go with Terminator. Here at Osborne Mint, we have fooled around with coining a reproduced version of a previous collectible as a 2.0 but we have not pulled the trigger. We continue to stay with the concept of sequels, based on carrying the theme of the original round across multiple renditions. For example, we just released our third pure silver collectible round in the Alien Series “Do Not Attempt On Earth.”

Our third round, “Do Not Attempt On Earth” joins our two original rounds “They’re Here, Area 51” and “We’ll Be Back” to form the out-of-this-world Alien Series Collection. 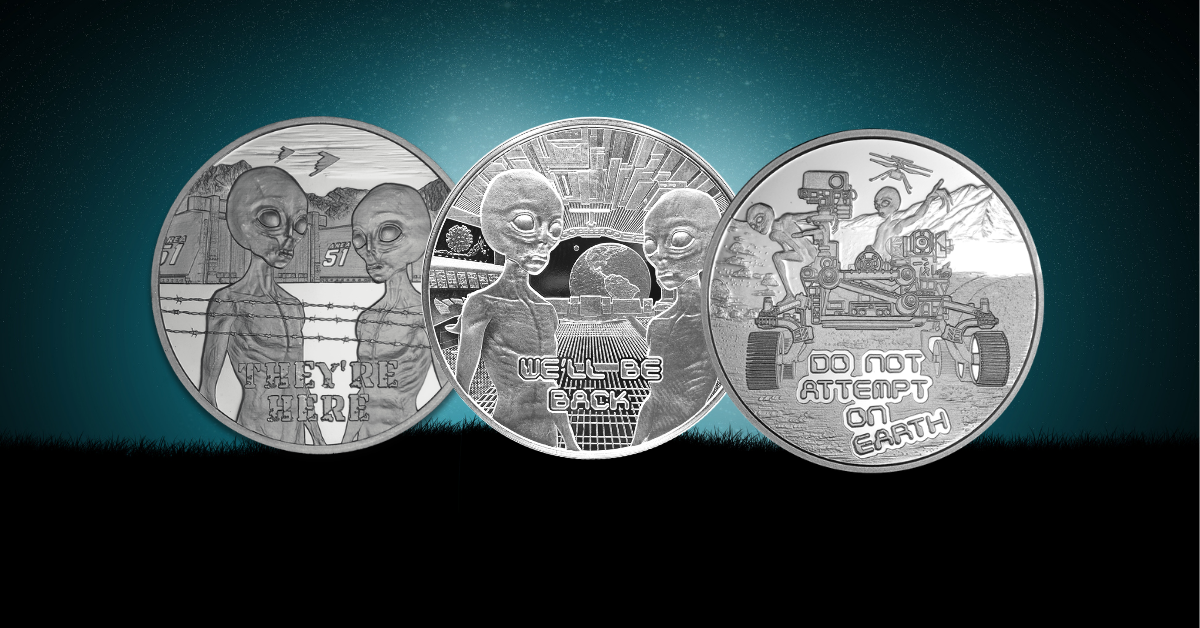 When we first developed the concept for this series, I was giddy. Remember back in June-July 2020 when I posted our Blog XII “Aliens Among Us” in celebration of the first round in this series? I got the opportunity to talk about one my passions – space. In that blog we visited some of my favorite space-related pop culture references; remember ALF, Area 51, and Hanger 18? Here is the link if you want to go back and reread that blog – it is a FUN one: https://www.osbornemint.com/from-the-mint/12.

Enough about that!  it is time we launch into the second and third stages of our alien encounters – there may even be a fourth “moon” in the works – shhhhh it’s a secret!

Hollywood knows that there is never enough of a good thing, especially if it makes money. Many of my favorite space movies originated with the sequel in mind, like Star Wars, Alien, and Predator. Each movie had the 2.0 version or more on the drawing board even before the filming of the first one was completed.

The king of all sequels has to be Star Wars, knowing now that the first movie was actually the fourth movie in the series. Combined with The Empire Strikes Back and Return of the Jedi, Star Wars introduces us to the original trilogy. Back in the day, I was a true Jedi wielding my lightsaber like Luke Skywalker and defeating Darth Vader while saving the Universe.

Do you know how Harrison Ford got the role of Han Solo? It is one of my all-time favorite rags to riches story. Check out this short read from, where else, FAR OUT Magazine:

In 1976, while Lucas was casting for his next film Star Wars, he had a basic rule where he would not repeat casting from his previous movie due to the fear of the latter being typecast as “American Graffiti in space”. (Fred) Roos insisted on Lucas hiring Ford as Han Solo. To prove his point, he ended up hiring Ford to build a door for him in the American Zoetrope offices, where Lucas had arranged the casting call, to facilitate their “serendipitous” encounter.

As Fred Roos recalls, “Harrison had done a lot of carpentry for me…He needed money, he had kids, he wasn’t a big movie star yet. The day he was doing it, George happened to be there. It was serendipitous.”

It is hard to comprehend that there have now been NINE Star Wars movies in the series – NINE!

I remember going to the cinema at the mall and seeing the first Star Wars at least six times in the first week. Now having seen all nine movies (some of the others multiple times too) the original is still my favorite.

Guardians of the Galaxy

A newcomer to the space movie genre is Guardians of the Galaxy. “I am Groot” and of course you know exactly what I just said, but if you do not speak Groot: “This series has quickly become one of my favorite space movies.” This movie touches all of my joy points: excitement, drama, chase, fight, music and characters, it runs the gamut. Rotten Tomatoes scored the first movie a 92% on the TOMATOMETER and gave the sequel an 85% on the TOMATOMETER – both worth the watch.

I laughed out loud many times while watching the first one. Aside from “I am Groot,” my favorite line in the movie is when Star Lord (aka Peter Quill, played by Chris Pratt) says to Rocket, “Whoa, whoa, whoa. Yo, Ranger Rick! What are you doing?” As a youngster, I lived for my Ranger Rick magazine and up until that point in the movie, I was trying to figure out who Rocket reminded me of – and there it was, bingo! 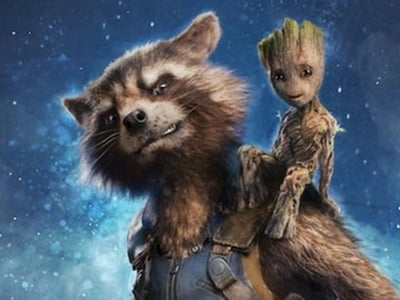 Honorable mention in the best line category from the first movie, for me, is the banter when Peter Quill calls Rocket a “Trash Panda” – ha ha.

'Guardians of the Galaxy' Awesome Mix Tapes, according to Billboard Magazine. In 2017, after the release of the second movie and the second cassette Awesome Mix Vol. 2, the pair of Guardians cassette albums accounted for 22 percent of all cassette albums sold that year. After the movie, I looked all over the house for my Sony Walkman and some of my old mixed tapes, and I was lucky enough to find not only my Walkman, but my Sony Discman too! I drive a car with a cassette player, so those were easier to find - right in the console! 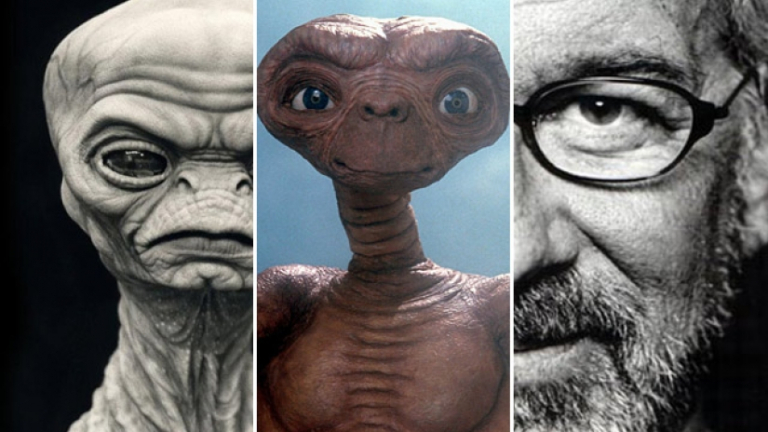 Speaking of sequels, soon after the success of Close Encounters of the Third Kind Steven Spielberg started working on the sequel Night Skies. However, the project was tabled and used as piecemeal for two other of Spielberg’s gargantuan movie hits: E.T. The Extra-Terrestrial and Poltergeist. The 2.0 version of Close Encounters was never completed, but I still hold out hope because of quotes like this from Spielberg:

“I had a real, deep-rooted belief that we had been visited in this century,” the director once said of his fascination with the UFO phenomenon. “I was a real UFO devotee in the 1970s, and really into the UFO phenomenon from reading. For me, it was science.”

Here is the pacesetter for movie sequels, not only does Men In Black (MiB) have 2.0, but 3.0 and 4.0. I struggle to fathom that the first MiB, starring Will Smith and Tommy Lee Jones, hit movie screens in 1997. Their motto was “Protecting the Earth from the scum of the universe.” Unbeknownst to regular people there really are aliens living among us and it is up to MiB to keep them under surveillance. Who knew that Dennis Rodman and Al Roker were aliens; yeah right, we all suspected Rodman didn’t we? My favorite line from this series is from the first movie, when Will Smith (Agent J) repeats the soldier’s line “Best of the Best of the Best, Sir” and then adds the chuckle at the end – priceless! Now in their fourth rendition of the film theme, this version no longer stars the initial cast of Will Smith or Tommy Lee Jones, which for me was a kind of “Jump the Shark” moment.

Sequels, or 2.0, 3.0 … 9.0, whatever you call them are good for Hollywood and fun for us. The same goes for Osborne Mint, if there is a sequel you want to see, send an email, contact us via social media or give us a call and we will see what we can do. Unlike Spielberg we do plan to complete our sequels to the Alien Collection, but I am not guaranteeing there will 9 of these rounds like there are Star Wars movies.

Getting back to the OM Alien sequel (it's so easy to get distracted when I talk about aliens!). The third alien round features our extraterrestrial beings “hot rodding” on the moon. The collectible also includes a stark warning: “Do Not Attempt On Earth.” Honestly, I am not sure if that warning is for us Earthlings or for the other aliens. Like the previous two, this round is in limited production; it is .999 Fine Silver and weighs one-troy ounce. This collectible piece of art measures 39.1 mm (1.54”) in diameter and is 0.12” thick. It comes in its own “space capsule” for secure storage and finish protection. The meticulous engraving on this round details the treads on the moon buggy and the propellers of the drone overhead. The two aliens “dream-weaving” across the moon seem oblivious to precaution or fear as they turf the moon.

The reverse side is the same for the entire collection. The back is engraved with the American flag; an eagle’s wings, stars, shield and a banner with USA scrolled crossed it, signifying that this collectible was made in America like all of our other offerings. The backside also hosts the O|M mark for guaranteed weight, purity, authenticity and quality.

The “Do Not Attempt on Earth” collectible silver round will be exclusively sold on Osborne’s Shop The Mint website.

Okay, as a treat for reading this far, I can let you in on a little secret; we are in the process of designing the fourth round in the Alien series. Even with the third round still in the mint we are working on the fourth – sounds like a sequel to me!

Globenewswire: Design to WIN and See Your Art Minted on Pure Silver

Osborne Mint is hosting their first ever “design a round” contest, encouraging artists, designers and illustrators to cr...

Collector or Hoarder - You Be the Judge! Blog XXI

Collector or Full-On Hoarder? I’ve always believed that there is a fine line between collecting and hoarding. In fact,...