In the Palm of your Hand

Based on works from the Smithsonian Institute's art collection

The Smithsonian Institution received “seed” money from James Smithson (1765–1829), a British scientist, who strangely had never visited the United States, when he died. He left his estate, all $500,000 (in 2019 this was more than $12,000,000.00) of it, to the United States to found “at Washington, under the name of the Smithsonian Institution, an establishment for the increase and diffusion of knowledge.” The U.S. Senate passed the act organizing the institution on August 10, 1846, which President James Polk signed into law.

Since its founding the Smithsonian has become the world's largest museum, education, and research complex, with 19 museums, the National Zoo, and nine research facilities. (https://www.si.edu/about)

The Paintings We Chose

W.H. Holmes was an American with a wide variety of interests and careers, including: explorer, anthropologist, archeologist, artist, mountain climber, geologist and museum curator  and director. He explored Yellowstone National Park soon after its inception and has a peak – Mount Holmes – named after him. He was the director of the National Gallery of Art (now known as the Smithsonian American Art Museum) and was considered an expert in art produced by Southwest Native Americans. 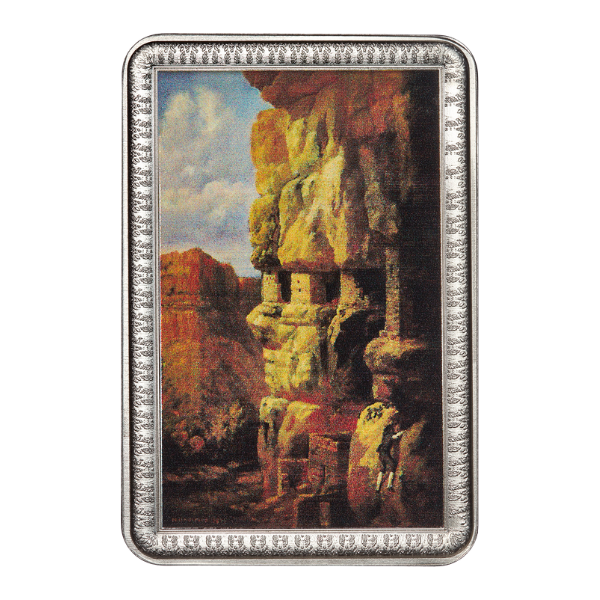 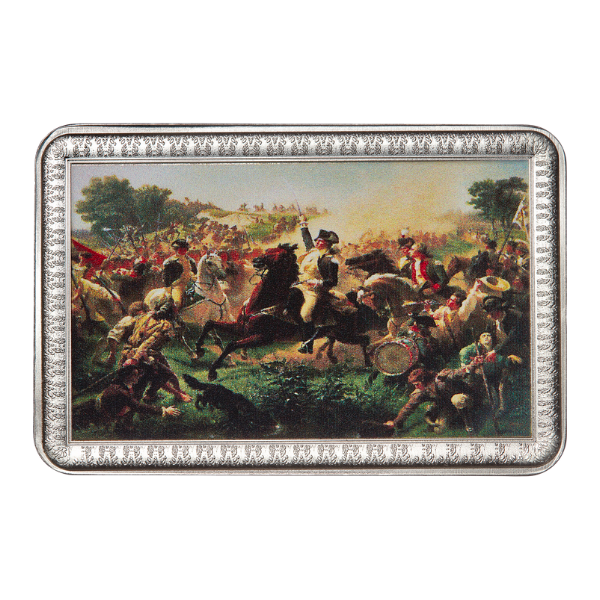 Washington Rallying the Troops at Monmouth by Emanuel Gottlieb Leutze

The original had a bit of a mystery surrounding it. Emanuel Leutze also created the very famous work, “Washington Crossing the Delaware” and Washington Rallying the Troops was a companion piece that had almost been completely forgotten. Apparently, it was give to the University of California, Berkeley during the late 19th century but no one had seen it for over 50 years. It was found rolled in a box in a storage room under the women’s gym. Luckily, it was still in excellent condition.

Legend has it that this painting memorialized the first time General George Washington lost his temper and used profanity in public due to a military mistake that almost lost a battle. Alexander Hamilton and the Marquis de Lafayette are also depicted.

The Knight of the Holy Grail by Frederick J. Waugh

Frederick Waugh was known primarily as a marine artist and many of his works are displayed at the Edwin A. Ulrich Museum of Art on the campus of Wichita State University. Aside from his collection of works, he also designed ship camouflage for the US Navy during WWI. 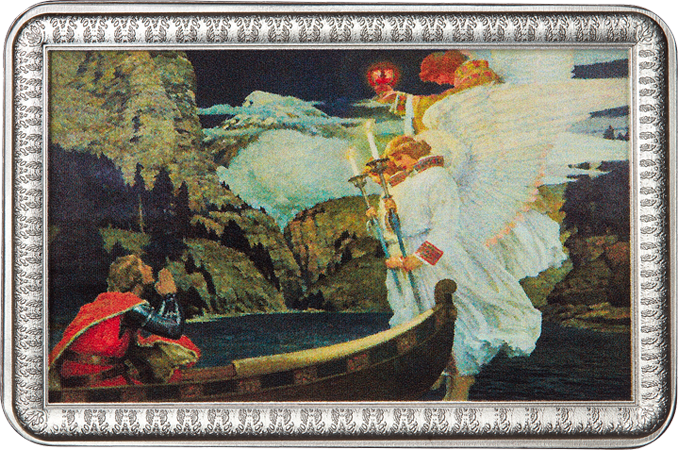 Gallery Label - Under a dark Arctic sky, polar explorer Dr. Isaac Israel Hayes's ship, the SS United States, lies frozen in the pack ice at the base of a looming cliff. The auroras above erupt in a cascade of eerie lights. Hayes and Frederic Church were friends, and upon Hayes's return from the Arctic expedition in 1861, he gave Church his sketches as inspiration for this painting. When Hayes returned to New York, the country was in the thick of civil war and, in a rousing speech, he vowed that "God willing, I trust yet to carry the flag of the great Republic, with not a single star erased from its glorious Union, to the extreme Northern limits of the earth."

During the Civil War, the auroras--usually visible only in the north---were widely interpreted as signs of God's displeasure with the Confederacy for advocating slavery, and of the high moral stakes attached to a Union victory. Viewers understood that Church's painting of the Aurora Borealis (also known as the northern lights) alluded to this divine omen relating to the unresolved conflict.

Want To Receive Updates On Our Latest Products

Sign up so that you don't miss exciting industry news and collection announcements!