“We the People” makes a strong statement right at the top with the American Eagle from the Great Seal of the United States, talons outstretched and holding 13 arrows representing the original 13 states in its left claw and an olive branch in its right – symbolizing our ability to focus on peace, but ready to go to war to protect that peace. The eagle draws attention to the main focus of the coin - the phrase We the People will protect OUR 2nd Amendment. The slight change in the text from the more familiar “will protect THE 2nd Amendment” to will protect OUR 2nd Amendment indicates the fervor and willingness in this country for our citizens taking a strong stand to protect their right to keep and bear arms.

The second design highlights the bald eagle from the Great Seal, but our eagle has 2 guns over its head and the words “The 2nd Amendment” along the top edge. Est 1791 is directly below the phrase highlighting when the amendment was ratified. The familiar phrase “shall not be infringed” is emblazoned on two banners that cross the eagle’s unfurled wing tips. The eagle’s chest shows a shield bearing the flag of the United States.

The third design signals, in the most graphic way, that citizens of the United States are willing to die to protect their 2nd Amendment right to keep and bear arms. A partial skull, enclosed in barbed wire, with the words Protect the 2nd Amendment on the top and bottom on the round, shows that resolve. 1776, the year the 13 American colonies declared their independence from Great Britain, is on either side of the skull. 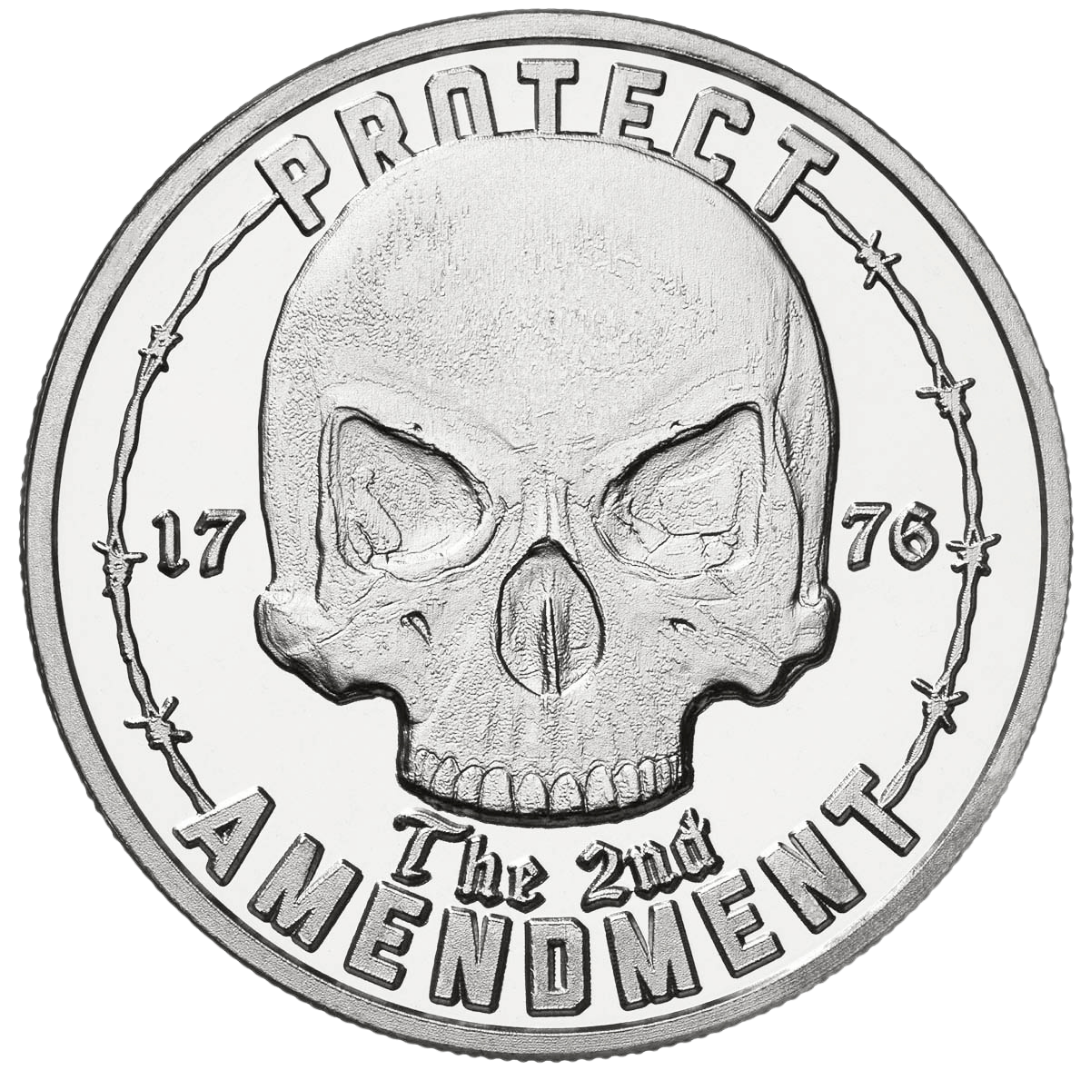 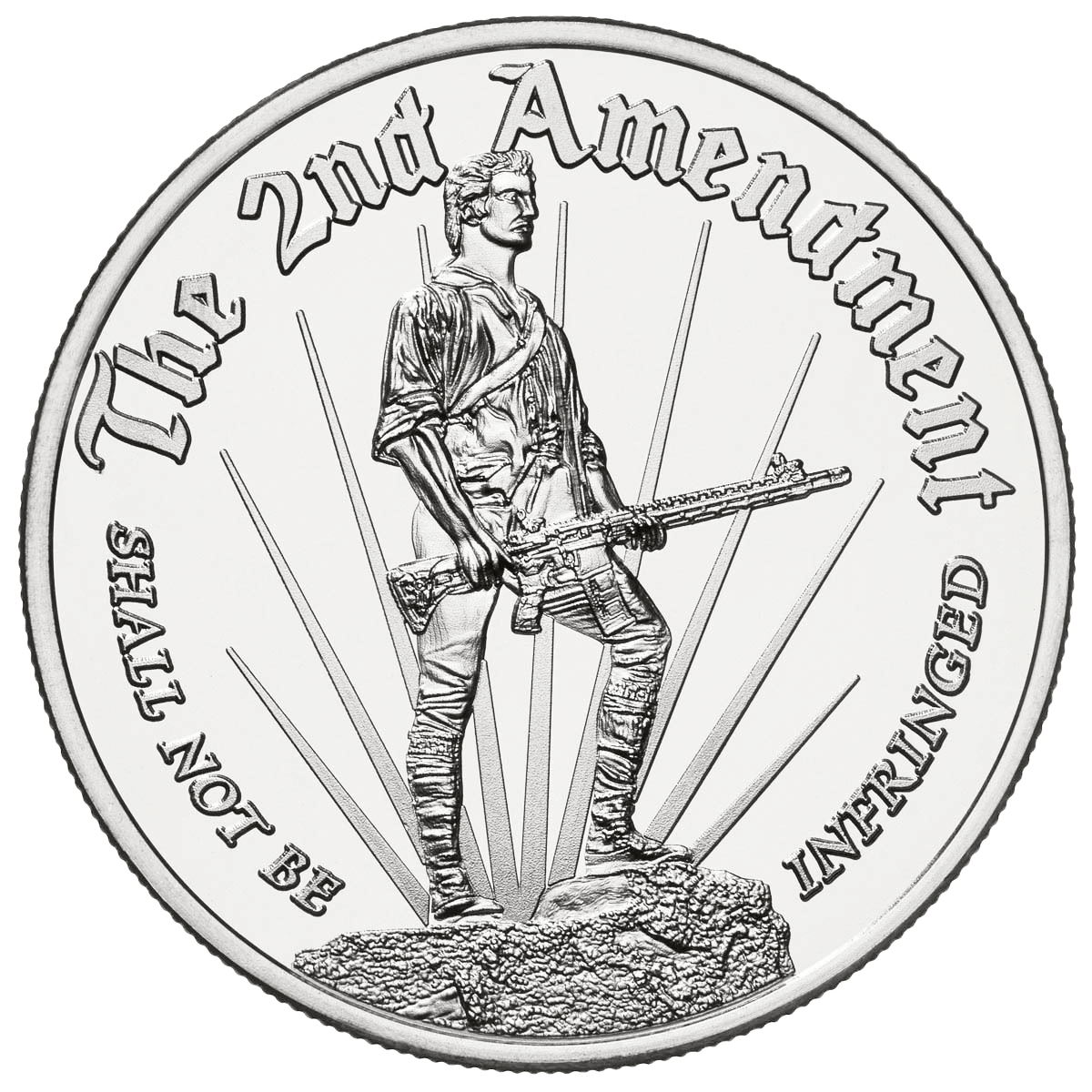 The final design features the familiar Minuteman. Our version was modeled after the famous monument created by Henry Hudson Kitson in 1900 – The Lexington Minuteman. The design twist is that our Minuteman is holding an AR-15 semi-automatic rifle instead of a 1700’s rifle.

Minutemen were colonists, in many cases farmers or tradesmen, who banded together to protect their state against threats during the Revolutionary War. As history goes, they were ready to fight “in a minute’s notice”, hence the term Minuteman. Our minuteman is standing proudly and confidently on a boulder proclaiming to all the colonies that the 2nd Amendment Shall Not Be Infringed.

The common reverse for all the rounds is very simple, but powerful in its simplicity. The words of the Second Amendment are fully stated: “A well regulated Militia, being necessary to the security of a free State, the right of the people to keep and bear Arms, shall not be infringed. Who would believe that 27 words, written and ratified over 225 years ago, could still be having such an explosive and divisive impact on our country?

The weight and purity are shown on the common reverse, as well as the O/M mint mark, your mark of quality and authentication. 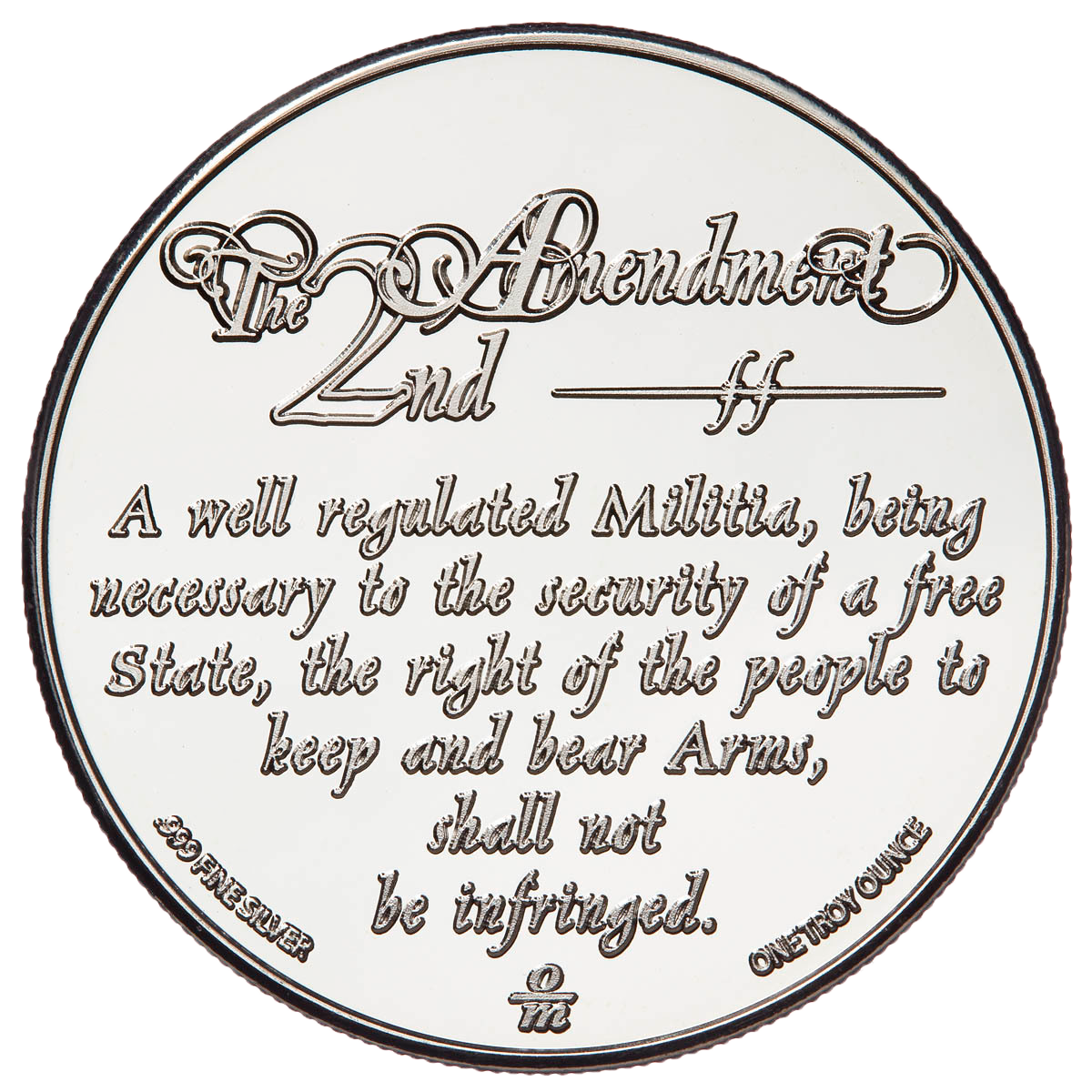 The Second Amendment to the United States Constitution protects the individual right to keep and bear arms. It was ratified on December 15, 1791, along with nine other articles of the Bill of Rights.

The Second Amendment was based partially on the right to keep and bear arms in English common law and was influenced by the English Bill of Rights of 1689. Sir William Blackstone described this right as an auxiliary right, supporting the natural rights of self-defense and resistance to oppression, and the civic duty to act in concert in defense of the state.

Our solid silver rounds are die-struck in Cincinnati Ohio, from .999 fine silver with a minimum weight of 1 ounce per coin. They have reeded edges and are struck page turn.

These fine silver rounds are now available at  Shop-the-Mint.com. Don't forget to sign up today for notifications about this beautiful collection, upcoming releases, and special deals.

Copper rounds will be available from a select group of distributors.

Get updates on these unique rounds.

Do you want to offer the copper design to your customers?

Are you a retailer or distributor interested in offering our copper Second Amendment Series to your customers? Osborne Mint is happy to partner with retailers and distributors to offer wholesale prices on larger orders. Sign up today and we will be in touch to discuss the details about this exciting collection.