"From the Mint" Book III

"From the Mint", Book III

Our Apollo Mission to the Moon

Over the past few weeks I have been captivated and fascinated with all the celebratory coverage for the Apollo 11 moon landing.  From seeing the large image of the Saturn V 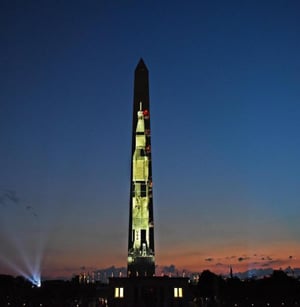 rocket on the Washington Monument to reading about the Restoration of Apollo Mission Control Center at NASA Johnson Space Center to preserve the legacy of the Apollo Program, I have been amazed.

When I was 18 months old my parents woke me up, sat me in front of the black and white console TV and said, “remember this, it’s a huge moment in history.” Literally, 18 months old.  I remember it to this day. Seeing it again as an adult really brings home how momentous it really was, and remains to this day. Especially when you think that the phone you're carrying probably has more computing power than ALL the computers they used in the control center!

They Selected Us for this Apollo Mission

Being in the specialty round and commemorative coin business, our calendars are often working months if not years ahead of upcoming events.  We often experience the thrill of the celebration, through the production of the coin, way before the actual occurrence.  Our experience with the Apollo 11 mission anniversary was much the same way.  Our location in Cincinnati, Ohio is just a stone’s throw from Wapakoneta, Ohio the hometown to Apollo astronaut Neil Armstrong and home of the Armstrong Air & Space Museum.  It was only 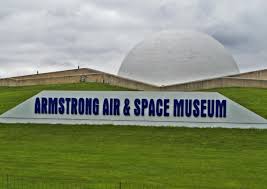 natural then for the museum to select us to craft their collectible coin commemorating the 50th anniversary of the lunar landing.  They wanted a coin of this significance to be made in America.  It is a true honor to be selected by the Armstrong Air & Space Museum, which chronicles Ohio's contributions to the history of space flight. Among the items on display at the museum are an F5D Skylancer, the Gemini 8 spacecraft in which Armstrong flew (and in which he made the first space docking), Apollo 11 artifacts and a moon rock.  On a personal note, if you have not been there and have any appreciation for space flight, then it is worth the visit.

Celebrating the Moon in Coins

Subsequently, with the curators at the Armstrong Air & Space Museum, we designed an additional, extremely rare complement to the 50th Anniversary Moon Landing set that features Neil Armstrong individually.  The set of three rounds was produced in a limited quantity of only 5,000 of each coin.  The coin with Neil Armstrong and co-featuring the Armstrong Air & Space Museum was only crafted in a guaranteed limited edition quantity of 500 and produced only in mint condition.  Proceeds from the sale of this individual anniversary coin will provide financial resources for the museum.

First on the Moon

Out of the entire premium set of Apollo mission coins, the Armstrong Air & Space Museum 50th Anniversary of the Apollo 11 Mission to the moon is by far my favorite.  The die for the 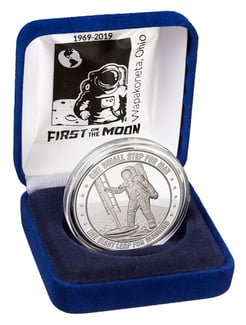 round was designed and engraved over a year ago, production started in November with the release of the coin in early April, well ahead of the anniversary date.  We like to say at the mint that we start celebrating early.   The front of the commissioned coin shows Neil Armstrong stepping onto the lunar surface and includes his immortal words as he became the first person to set foot on the moon, “One small step for man, one giant leap for mankind.”  The backside of the coin features the legacy that Neil Armstrong left with us all with an image of the Armstrong Air & Space Museum in Wapakoneta, the anniversary dates of the mission and the words: FIRST ON THE MOON.

Traditionally Osborne Mint offers attributes for our collectible rounds, like colorization and dual metal production.  This coin however is different; it will only be available in a one ounce fine silver round and in mint condition.  The Armstrong Air & Space Museum’s 50th Anniversary of the Apollo 11 Mission to the moon commissioned coin is a nice addition to the moon landing set, but it was truly designed to stand alone.

Thank You to the Moon and Back

Thank you to the Armstrong Air & Space Museum for selecting Osborne Mint to construct this one-of-a-kind memento and for including us in your festivities, both before and during.  Like I said, we often start our celebrations early, but that does not prevent us from carousing on the actual date as well.  As a bonus we now have a premium keepsake representing the enter celebration.  From the way I described it, I guess we at the mint are party animals, celebrating before, during and after.

From The Mint Book XV - Silver and Gold

“Silver and Gold” This is the time of the year that I get excited for Christmas stop motion animations like “Santa Claus...